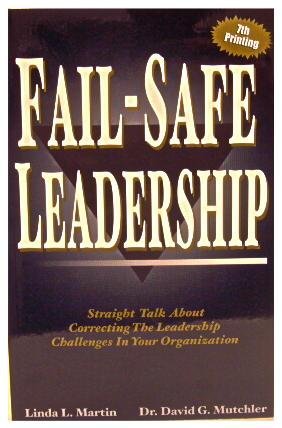 The attitudes and activities required to effectively detect and analyze failures are in short supply in most companies, and the need for context-specific learning strategies is underappreciated. Leaders can begin by understanding how the blame game gets in the way. Failure and fault are virtually inseparable in most households, organizations, and cultures. Every child learns at some point that admitting failure means taking the blame. That is why so few organizations have shifted to a culture of psychological safety in which the rewards of learning from failure can be fully realized.

This concern is based on a false dichotomy. In actuality, a culture that makes it safe to admit and report on failure can—and in some organizational contexts must—coexist with high standards for performance. Which of these causes involve blameworthy actions? Deliberate deviance, first on the list, obviously warrants blame. But inattention might not. But if it results from fatigue near the end of an overly long shift, the manager who assigned the shift is more at fault than the employee.

As we go down the list, it gets more and more difficult to find blameworthy acts. In fact, a failure resulting from thoughtful experimentation that generates valuable information may actually be praiseworthy. The unfortunate consequence is that many failures go unreported and their lessons are lost. Although an infinite number of things can go wrong in organizations, mistakes fall into three broad categories: preventable, complexity-related, and intelligent. With proper training and support, employees can follow those processes consistently.

But in such cases, the causes can be readily identified and solutions developed. Another is the vaunted Toyota Production System , which builds continual learning from tiny failures small process deviations into its approach to improvement. As most students of operations know well, a team member on a Toyota assembly line who spots a problem or even a potential problem is encouraged to pull a rope called the andon cord, which immediately initiates a diagnostic and problem-solving process.

Production continues unimpeded if the problem can be remedied in less than a minute.

Otherwise, production is halted—despite the loss of revenue entailed—until the failure is understood and resolved. A large number of organizational failures are due to the inherent uncertainty of work: A particular combination of needs, people, and problems may have never occurred before. Triaging patients in a hospital emergency room, responding to enemy actions on the battlefield, and running a fast-growing start-up all occur in unpredictable situations.

And in complex organizations like aircraft carriers and nuclear power plants, system failure is a perpetual risk. Although serious failures can be averted by following best practices for safety and risk management, including a thorough analysis of any such events that do occur, small process failures are inevitable. To consider them bad is not just a misunderstanding of how complex systems work; it is counterproductive. Avoiding consequential failures means rapidly identifying and correcting small failures.

Most accidents in hospitals result from a series of small failures that went unnoticed and unfortunately lined up in just the wrong way. Discovering new drugs, creating a radically new business, designing an innovative product, and testing customer reactions in a brand-new market are tasks that require intelligent failures. At the frontier, the right kind of experimentation produces good failures quickly. Managers who practice it can avoid the unintelligent failure of conducting experiments at a larger scale than necessary. Leaders of the product design firm IDEO understood this when they launched a new innovation-strategy service.

Rather than help clients design new products within their existing lines—a process IDEO had all but perfected—the service would help them create new lines that would take them in novel strategic directions.

Although the project failed—the client did not change its product strategy—IDEO learned from it and figured out what had to be done differently. Indeed, tolerance is essential for any organization that wishes to extract the knowledge such failures provide. But failure is still inherently emotionally charged; getting an organization to accept it takes leadership. Only leaders can create and reinforce a culture that counteracts the blame game and makes people feel both comfortable with and responsible for surfacing and learning from failures.

This requires consistently reporting failures, small and large; systematically analyzing them; and proactively searching for opportunities to experiment.


People need a shared understanding of the kinds of failures that can be expected to occur in a given work context routine production, complex operations, or innovation and why openness and collaboration are important for surfacing and learning from them. Accurate framing detoxifies failure. In a complex operation like a hospital, many consequential failures are the result of a series of small events.

To heighten awareness of this system complexity, Morath presented data on U. Those who come forward with bad news, questions, concerns, or mistakes should be rewarded rather than shot. Celebrate the value of the news first and then figure out how to fix the failure and learn from it. Her team created a new patient safety report, which expanded on the previous version by asking employees to describe incidents in their own words and to comment on the possible causes.

Soon after the new system was implemented, the rate of reported failures shot up. Morath encouraged her people to view the data as good news, because the hospital could learn from failures—and made sure that teams were assigned to analyze every incident. Ask for observations and ideas and create opportunities for people to detect and analyze failures and promote intelligent experiments. Inviting participation helps defuse resistance and defensiveness. Morath set up cross-disciplinary teams to analyze failures and personally asked thoughtful questions of employees at all levels.

Early on, she invited people to reflect on their recent experiences in caring for patients: Was everything as safe as they would have wanted it to be? This helped them recognize that the hospital had room for improvement. Suddenly, people were lining up to help. Paradoxically, people feel psychologically safer when leaders are clear about what acts are blameworthy. And there must be consequences. But if someone is punished or fired, tell those directly and indirectly affected what happened and why it warranted blame. They also may approach failure in a way that is inappropriate for the context.

For example, statistical process control, which uses data analysis to assess unwarranted variances, is not good for catching and correcting random invisible glitches such as software bugs. Nor does it help in the development of creative new products.

Often one context or one kind of work dominates the culture of an enterprise and shapes how it treats failure. For instance, automotive companies, with their predictable, high-volume operations, understandably tend to view failure as something that can and should be prevented.


But most organizations engage in all three kinds of work discussed above—routine, complex, and frontier. Leaders must ensure that the right approach to learning from failure is applied in each. All organizations learn from failure through three essential activities: detection, analysis, and experimentation.

Spotting big, painful, expensive failures is easy. The goal should be to surface it early, before it has mushroomed into disaster. Shortly after arriving from Boeing to take the reins at Ford, in September , Alan Mulally instituted a new system for detecting failures. He asked managers to color code their reports green for good, yellow for caution, or red for problems—a common management technique. After that, the weekly staff meetings were full of color.

That story illustrates a pervasive and fundamental problem: Although many methods of surfacing current and pending failures exist, they are grossly underutilized. Total Quality Management and soliciting feedback from customers are well-known techniques for bringing to light failures in routine operations. High-reliability-organization HRO practices help prevent catastrophic failures in complex systems like nuclear power plants through early detection. Such methods are not more widely employed because all too many messengers—even the most senior executives—remain reluctant to convey bad news to bosses and colleagues.

One senior executive I know in a large consumer products company had grave reservations about a takeover that was already in the works when he joined the management team. But, overly conscious of his newcomer status, he was silent during discussions in which all the other executives seemed enthusiastic about the plan. Many months later, when the takeover had clearly failed, the team gathered to review what had happened. Aided by a consultant, each executive considered what he or she might have done to contribute to the failure.

It turned out that the behavior of midlevel managers—how they responded to failures and whether they encouraged open discussion of them, welcomed questions, and displayed humility and curiosity—was the cause. 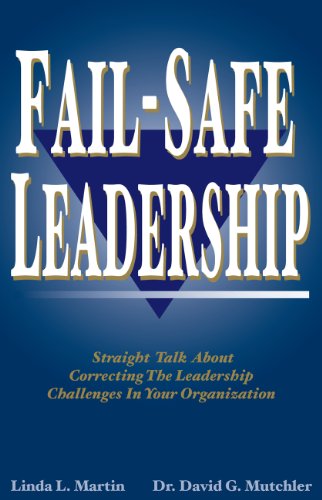 I have seen the same pattern in a wide range of organizations. Roberto, Richard M. Bohmer, and Amy C. Most manufacturers, and especially those that rely heavily on distributors, have little knowledge of where their products go and how they are used after leaving their inventory.