PDF The Make-Believe Space: Affective Geography in a Postwar Polity

Abjected Spaces, Debris of War 7. Affective Spaces, Melancholic Objects 8. Home, Law and the Uncanny 9. It can take weeks for requests to be filled.

The Make-Believe Space: Affective Geography in a Postwar Polity

Southwestern Asia. Ancient Orient. Arab East. Near East:. The Make-Believe Space is a book of ethnographic and theoretical meditation on the phantasmatic entanglement of materialities in the aftermath of war, displacement, and expropriation. By Sharon Patricia Holland. Durham, N. Ariane Cruz - - Hypatia 29 1 William E. ElizabethAnne Davis. 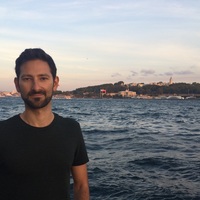 Giuseppe Mazzotta, The Worlds of Petrarch. Duke Monographs in Medieval and Renaissance Studies, Xv, The Promise of Happiness. By Sara, Ahmed. Andrea Veltman - - Hypatia 28 1 Karolis - - Critical Horizons 13 1 Lou Fuller. By Robert Summers. Stanford, California. Stanford University Press. Edited, with an Introduction by Kenneth I. Durham, North Carolina. Duke University Press. The origin of transmitted affects is social in that these affects do not only arise within a particular person but also come from without.

They come via an interaction with other people and an environment. But they have a physiological impact. By the transmission of affect, I mean simply that the emotions or affects of one person, and the enhancing or depressing energies these affects entail, can enter into another. A definition of affect as such is more complicated. In this interpretation, the reference points for affect are not to be found within the individual or her subjectivity and inner world alone. However, having charted the terrain for studying energies transmitted through the atmosphere, muddling the boundaries between the individual and the environment, Brennan then focuses the rest of her study on the transmission of affect intersubjectively, or between individuals.


In so doing, she returns to an old question in the psychoanalytic literature on transference and counter-transference and leaves aside what is to me the more interesting and certainly less studied field of interactions between the person and her or his environment. But investigating environmental factors such as these falls outside the scope of this book. This initial investigation is limited to the transmission of affect and energy between and among human subjects. Two soldiers wait on duty, under a tree, to protect themselves from the piercing sun. I park my car in the shade and walk into the walled city of Lefkosa through a small alleyway.

I see a house with an Ottoman numeric inscription, indicating it was built in The paint on the door has peeled off, and the house is locked. Through the half-broken shutters, I notice that the house has lost its glass windows.

Peeking through, I see a pink plastic wash basin. A small blond child, without shoes, sits on the front steps at the entrance to the house. I learn that he is called Turgay. Does anybody live here?

I ask. He says yes. Many contemporary residents of the walled city of Lefkosa live in such spaces, immigrants from Turkey who have settled with the hope of finding jobs, as well as old people left behind by their children.

Half-torn mattresses, eaten by moths, have been covered with cardboard paper. Patched pieces of cloth have been hung to dry over old, limping Ottoman-style sofas. A plastic sieve here; a wooden spoon there—utensils found here and there have been combined to create a new life. One bottomless chair with torn matting on one side; a worn-out sofa on the other. An old woman pulls a big sack of personal odds and ends with a string behind her on the ground. In her bundle are her belongings—a woolen bed cover, a towel, a pot, a pan—all tied up tightly together with strings.

I walk a little farther and reach the border area again. An open space, right beside the border, has been turned into a garbage dump. Bones of recently butchered animals lie on the ground, covered with flies. Watermelon husks and other food remains, plastic bags, bottles, and cans are all scattered about.

I make my way through half-eaten figs and crushed tomatoes to reach the other side of the road. In front of a house right along the border, two women sit, cutting red peppers to dry under the sun.

I approach the house, which is leaning to one side from structural damage. We hear no sound from the other side. But it is our people, the ones on this side, who hurt us. The other day, they wanted to throw us out of this house. She tells me her story of arriving in northern Cyprus from Hatay in southern Turkey, from a village that borders Syria.

She tells me how her main problems are with her Turkish-Cypriot landlords and employers. You can see the other side well from there. I walk to the block of apartments next door.